Charges have been filed by the Lancaster City Bureau of Police on the juvenile armed with a gun who shot and injured multiple people at the Park City Center on Sunday.

District Attorney Heather Adams has concluded that no charges will be filed on the armed civilian who intervened to dissolve the situation.

“It is very fortunate that more people were not hurt,” Adams said. “The armed civilian’s actions were not only justified under the law, but potentially and likely prevented others from serious injury or death.”

Police have charged Jeremiahs Josiah-Alberto Sanchez, 16 of Lancaster, with two counts of Criminal Attempt Homicide, three counts of Aggravated Assault, 52 counts of Recklessly Endangering Another Person, Person Not to Possess a Firearm, Possession of a Firearm by a Minor, Carrying a Firearm Without a License and Receiving Stolen Property.

Sanchez stands charged as an adult pursuant to Pennsylvania law due to the nature and grading of the charges.

Lancaster City Police indicate that the investigation is ongoing to determine what initially led to an altercation between the juvenile and another male.

On Sunday October 17, 2021, officers with the Lancaster City Bureau of Police were dispatched to the Park City Center for report of a shooting. Based on eyewitness accounts and video surveillance police determined that this incident began when an 18-year-old male, Elijah Deliz, observed Sanchez and three other subjects walking from the center court to the JC Penney wing of the mall. Deliz confronted Sanchez which led to a physical altercation near Reeds Jewelry Store.

Sanchez, Deliz, Sergio Vargas, 30, and two other males were involved in the altercation. Deliz broke away during the altercation and at that time Sanchez pulled a concealed handgun from his waistband, firing two times toward Deliz, who was struck once in the left thigh. The second round struck an uninvolved 30-year-old civilian female in the arm who was standing in the mall approximately 70 feet away.  Sanchez is charged with two counts Criminal Attempt Homicide based on each of the shots fired toward Deliz, including the shot that struck the uninvolved female.

Police determined that the gun Sanchez fired was stolen from Lebanon County.

After hearing the initial shots, a 50-year-old uninvolved armed civilian, present at the mall, arrived at the location of the fight.

As the armed civilian approached the area where shots were fired, he observed Vargas and Sanchez continuing to struggle on the ground.  At that time, Sanchez fired another round. Based on the investigation it is believed this round hit both Sanchez and Vargas in the hand, causing Vargas to roll off Sanchez. The shot fired by Sanchez struck less than a foot from the armed civilian. The armed civilian then immediately fired three shots at Sanchez in defense of himself and others. Preliminarily it is believed these shots struck Sanchez on the elbow and hit a wall. The civilian then told Sanchez to stop moving, kicked the firearm out of distance and held Sanchez at gunpoint until others arrived.

Sanchez had wounds on his hand, elbow and a graze wound on his face. A bystander began rendering him first aid.

The armed civilian will face no criminal charges for his involvement after the initial shots were fired.  The civilian was issued a license to legally carry a firearm.  District Attorney Adams reviewed the circumstances surrounding the shots fired by the civilian and determined that the civilian’s belief that he and others were in danger of death or serious bodily injury was reasonable given that multiple shots had been fired with known injuries, that an additional shot had just been fired by Sanchez which nearly struck the man and the weapon was still in Sanchez’s immediate control.

Several other uninvolved civilians required medical attention as a result of the chaos initiated by the shooting.

“Gun violence anywhere is unacceptable, but it is particularly unnerving when it happens on a Sunday afternoon in a crowded shopping mall filled with vulnerable children, families and seniors,” Adams said. “It is equally disturbing that the shooter was a 16-year-old juvenile who was armed with a stolen gun. This entire incident that led to the safety of innocent civilians being put in danger is simply outrageous and we are committed to seeing justice is served.”

Sanchez remains in the hospital under police guard. His injuries are not considered life-threatening. Sanchez will be arraigned at a later time and will remain in police custody pending arraignment.

The three other shooting victims have been released from the hospital.

Lancaster City Bureau of Police Chief John Bey recognized the members of his own agency and thanked all other assisting agencies for their immediate response.

“Unfortunately, a situation such as this is a reminder that people need to remain ever vigilant of their surroundings and be prepared to take action to keep themselves safe,” Bey said.

Anyone with information on the incident at Park City Center is asked to call the Lancaster City Bureau of Police at 717-735-3301. 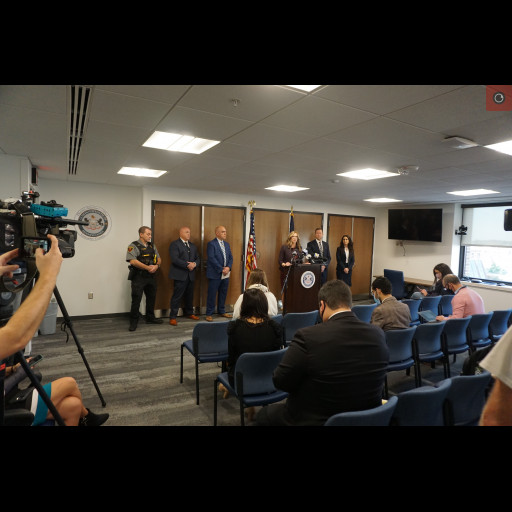 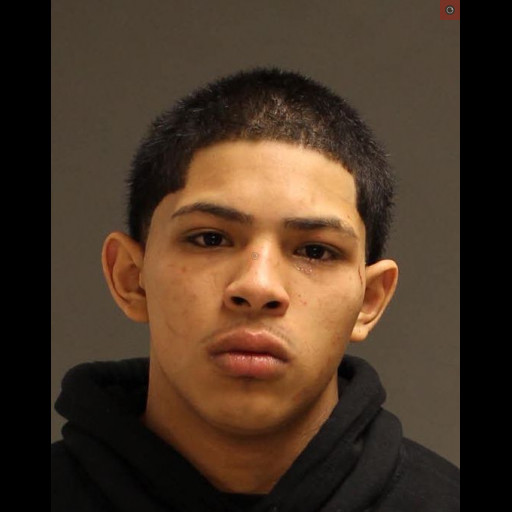