The window display fits CASE’s mission of raising public awareness about how often children become victims of sexual abuse and what can be done to protect our youth.

One in four girls and one in six boys will be sexually victimized before they reach adulthood.

A colorful backdrop of Lancaster County-themed scenery and community accompanies the numbers on West Chestnut Street.

Online - at https://lancastercountycase.org/ – there are a number of resources, current news topics, and a summation of CASE’s history and purpose.

Sandra Valdez, COO of SACA, spoke at the Nov. 8 ceremony at the county building, telling a crowd that the window display and new website allow easier access to resources on such a crucial issue.

Sarah Fritz, Community Outreach Coordinator for the DA’s Office, was a driver behind the redesigns.

Pennant Creatives did the website work and the window display design. (They donated the latter.)

To learn more about CASE or become involved, visit the new website or send an email to CASE@co.lancaster.pa.us.

Other CASE members are: 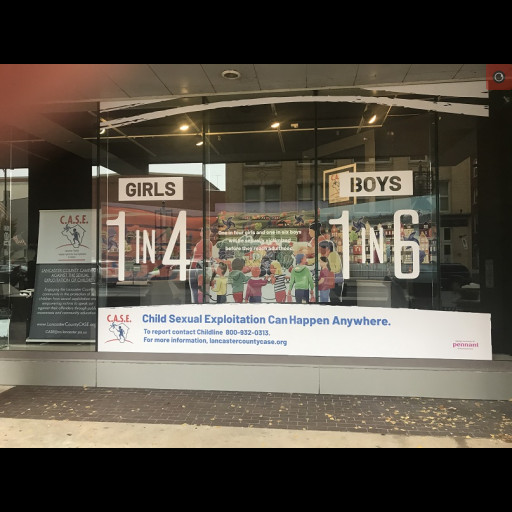 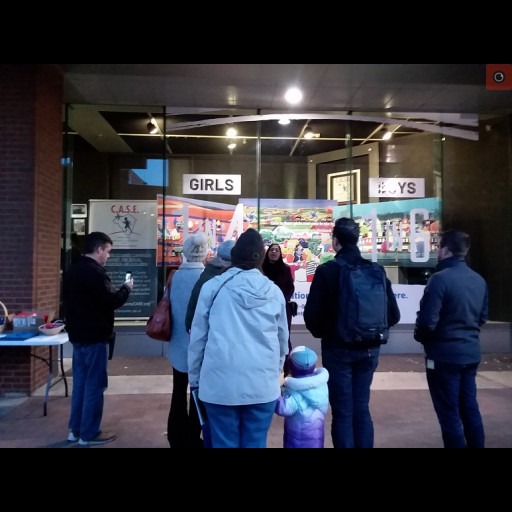 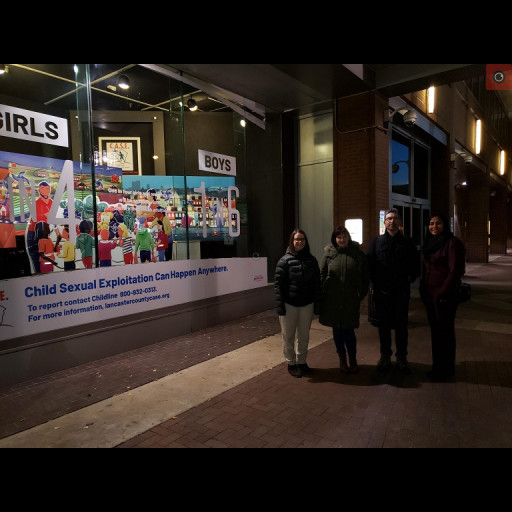