As gunshots sounded on a rainy early morning last month in Columbia, one police officer ducked for cover across his cruiser’s seats, another sped back in reverse, and two others on foot huddled behind parked cars.

It was determined that 17-year-old Marquell Rentas and 18-year-old Trenton Nace were responsible for the shots, being fired from a second-floor window of 103 Bethel Street.

After a preliminary hearing Thursday morning, District Judge Miles Bixler ordered the two males be tried in county court on numerous charges, including 4 counts of attempted homicide of law-enforcement officers.

Rentas and Nace, both of Columbia, are at Lancaster County Prison on $2 million bail.

After the hearing, District Attorney Craig Stedman called their actions “an attack on the heart of a community.”

Rentas, as he was being arrested hours after the first shots, admitted he was shooting at police, Leddy testified, summarizing reports of the officers involved.

“(Expletive) you police,” Rentas said as he was taken into custody, Leddy testified.

Leddy said he interviewed Rentas at the police station and Rentas repeated that statement separately to Leddy and another detective in the interview room.

Nace, in an interview with police, admitted to feeding Rentas rounds, and collecting spent casings, as Rentas fired out the window.

Leddy estimated that 10 to 12 shots were fired from the rifle, recovered from a second-floor bedroom.

Leddy testified that four officers, one from Columbia, one from East Hempfield, and two from West Hempfield departments, felt they were under direct fire as they responded to the Bethel Street home.

One officer "actually felt the percussions" of the shots, Leddy testified.

The Lancaster County SERT assisted in taking the males in custody. The team deployed an armored vehicle outside and a surveillance robot inside to find the locations of the males.

Also this week, police filed a felony firearms charged against each defendant. Both had prior felony adjudications as juveniles, which prohibited them from having firearms.

Nace and Rentas are presumed innocent. 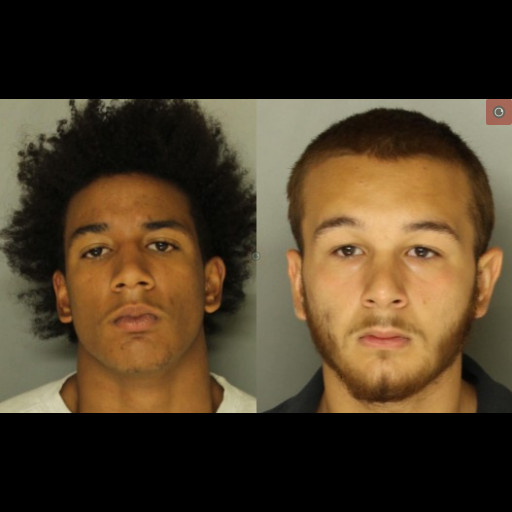