A 17-year-old boy is charged in a deadly shooting Friday morning in Mountville.

West Hempfield Township police on Friday night charged the boy with misdemeanor counts of involuntary manslaughter, theft from a vehicle and drug paraphernalia, and a felony count of theft of a firearm.

A 15-year-old West Hempfield Township boy died of a single gunshot. The shooting happened at the older boy’s home on West Main Street, Mountville. Police responded to a 9-1-1 call at 10:45 a.m.

Police determined the older boy stole the firearm from a vehicle at a location in West Hempfield Township.

The investigation is ongoing. At this point, police have found nothing to indicate the shooting was intentional. The two boys were friends and were looking at the gun prior to the shot being fired.

Involuntary manslaughter involves a death that results from a reckless or grossly negligent act.

The 17-year-old boy will be prosecuted in the juvenile court system. Under the Juvenile Act, a person charged with involuntary manslaughter can not be charged and prosecuted as an adult. 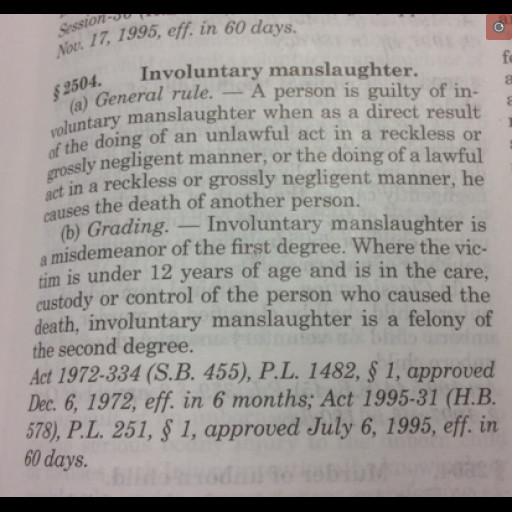