The thirteen officers made a combined 354 DUI arrests last year in Lancaster County.

“Your enforcement of DUI laws makes us all safer in Lancaster County,” District Attorney Heather Adams told the group at a ceremony Tuesday hosted by the DUI Council of Lancaster County.

The District Attorney’s Office thanks the DUI Council for generously hosting the event at the Lancaster County Public Training Center.

The group of officers included repeat recipients as well as first-time honorees.

DA Adams emphasized the importance of DUI law enforcement as it provides potential offenders a perception “that they will be stopped.”

The award recipients (and their 2019 arrest numbers) are: 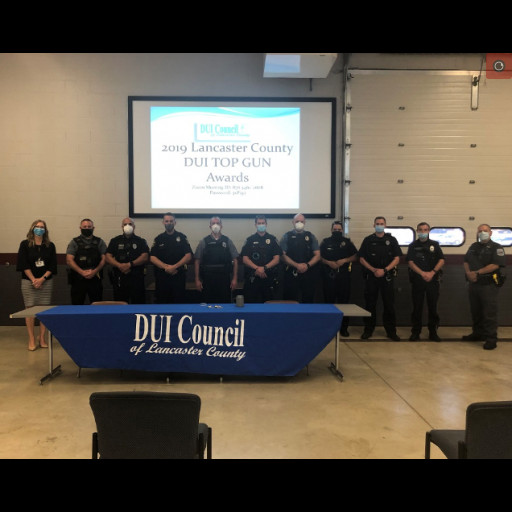