On Sunday 16 January 2022 at approximately 11:18 a.m., the pictured suspect entered the Weis Market at Kendig Square, 2600 Willow Street Pike, Willow Street PA, and attempted to rob the pharmacy.  The suspect indicated he was armed with a gun.  After quick thinking and response by the employees, the suspect's attempt was unsuccessful. The suspect was last seen fleeing the store, running south behind Kendig Square in the area of 272 South.

If you recognize the individual or have a similar investigation, please reach out to Detective Steven Heinly, with the West Lampeter Township Police Department 717-464-2421, or the Lancaster County Crime Stoppers at 1-800-322-1913.  You can also submit a Tip to Crime Stoppers by texting LANCS plus your message to 847411. Tipsters may remain anonymous and do not have to give their names. 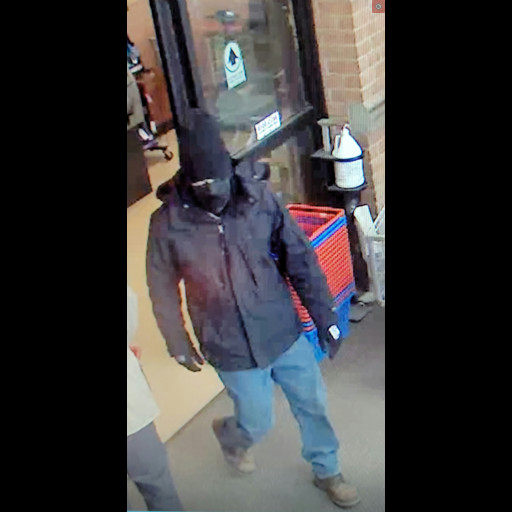